HFPJC is proud to release its annual Status Report, including the 800 cemeteries where we are/were involved, with a code on its current status. The current status report also has a separate listing of all 365 restored cemeteries, and information on the maintenance program. 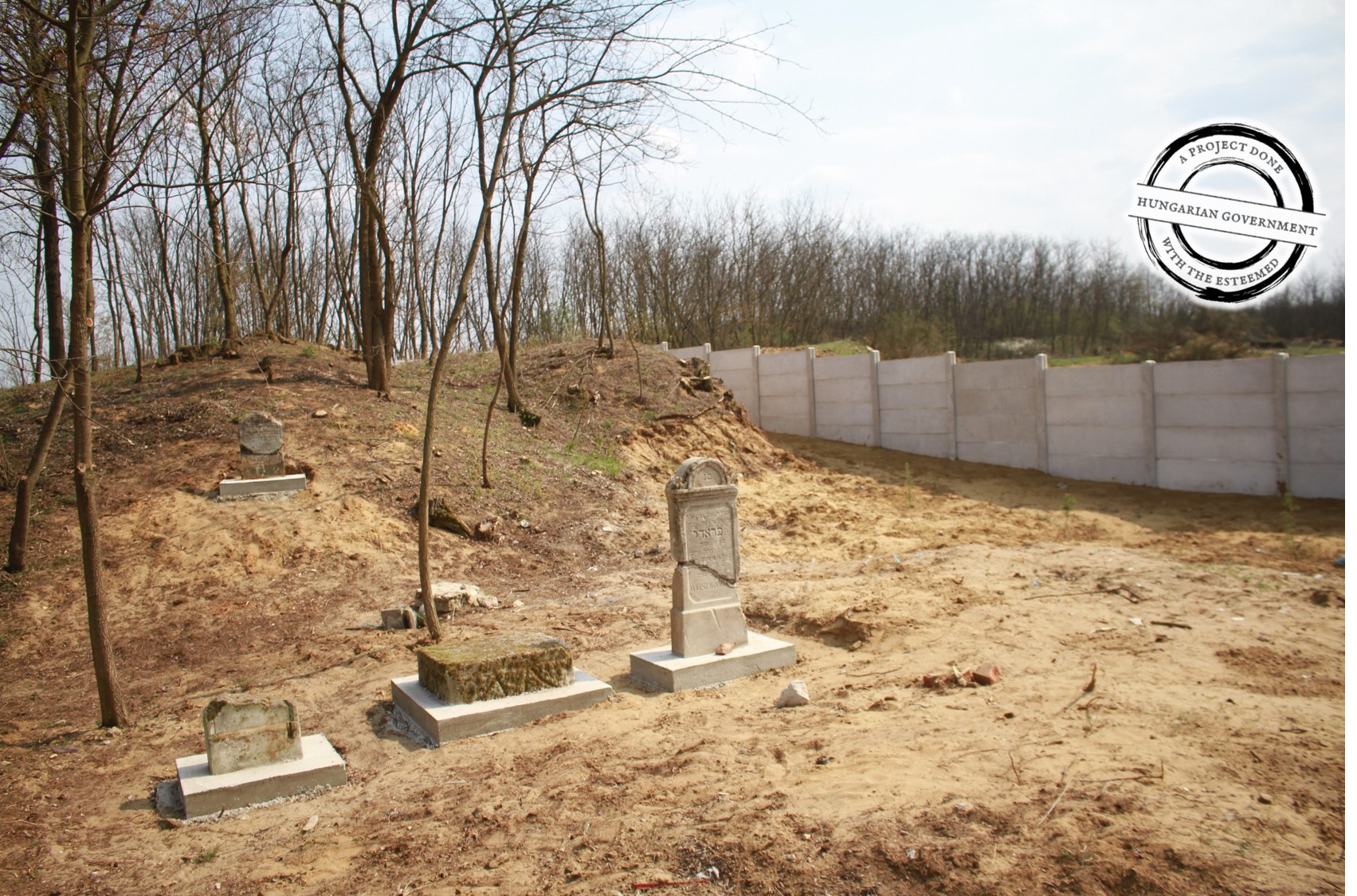 The Kisleta cemetery in Hungary was beautifully restored in partnership with the Hungarian Government under the Endowment Program. A new, strong wall was erected along the original cemetery borders, effectively marking the entire property. Through a private sponsorship of the esteemed descendants, the gravestones were also restored atop new, concrete foundations. 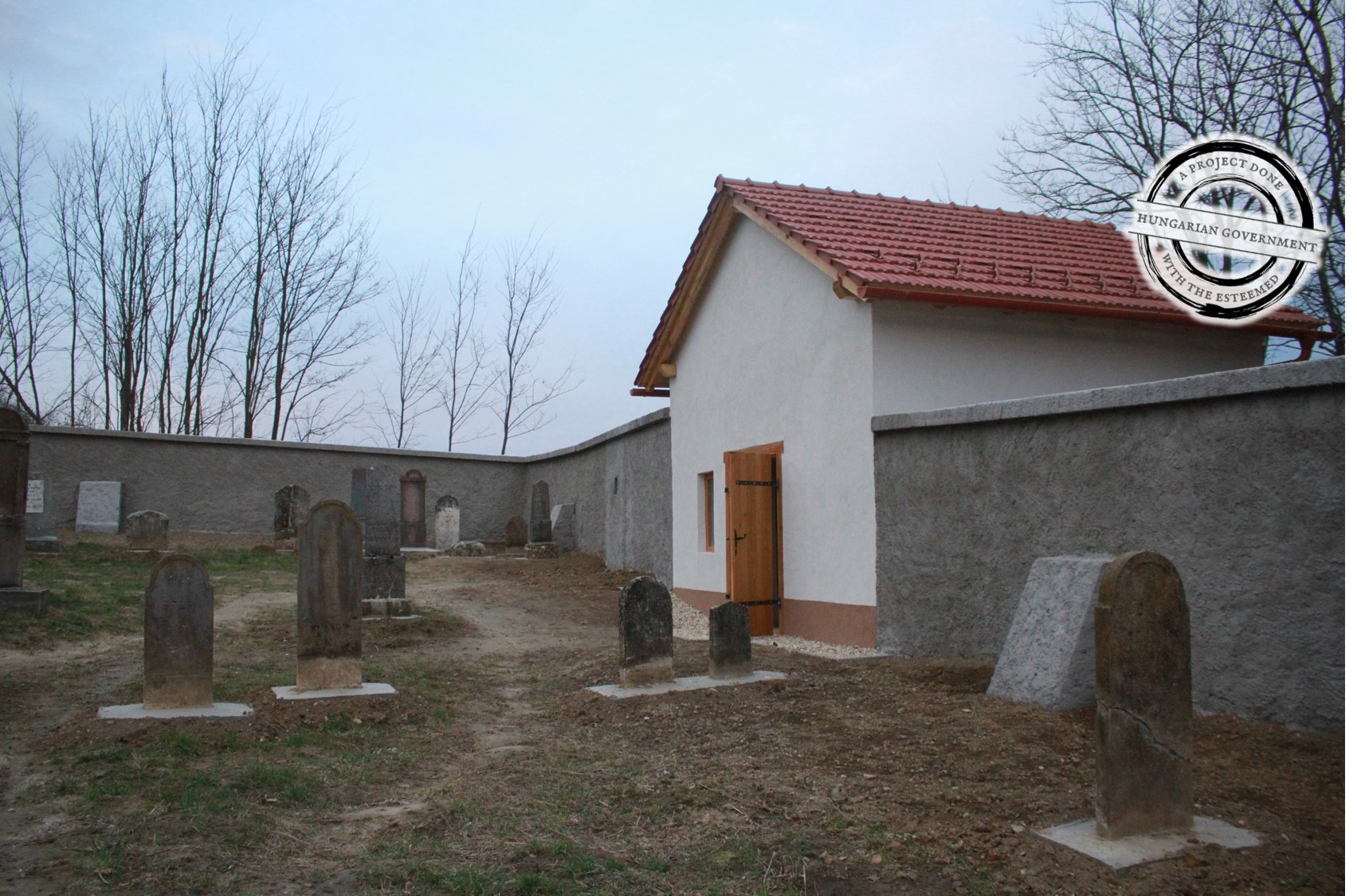 The HFPJC kicked off a successful partnership with the Hungarian Government's Endowment Program by executing the important Nagysimonyi restoration project. A section of the wall and the entrance building were beautifully rebuilt under the Endowment Program, and the gravestones were re-erected under a private initiative by the descendants. 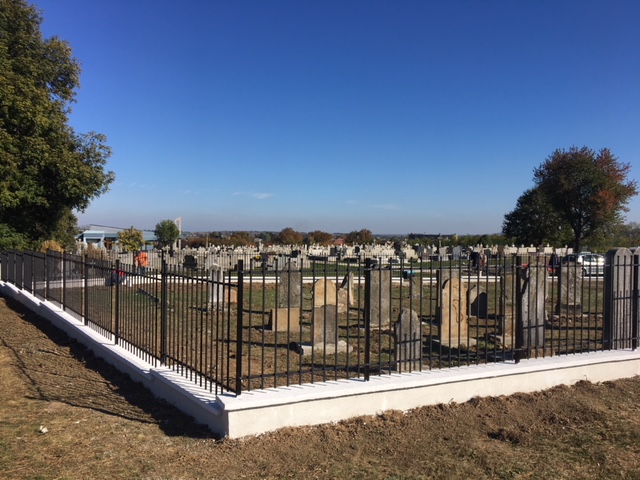 A beautiful new wall of concrete and iron now surrounds the Zipov cemetery, fruits borne of a concerted effort to restore honor to this burial site. The matzevos have been properly erected atop concrete foundations to prevent decay and erosion. The descendants rejoice at the beautiful results of this hard-fought project. 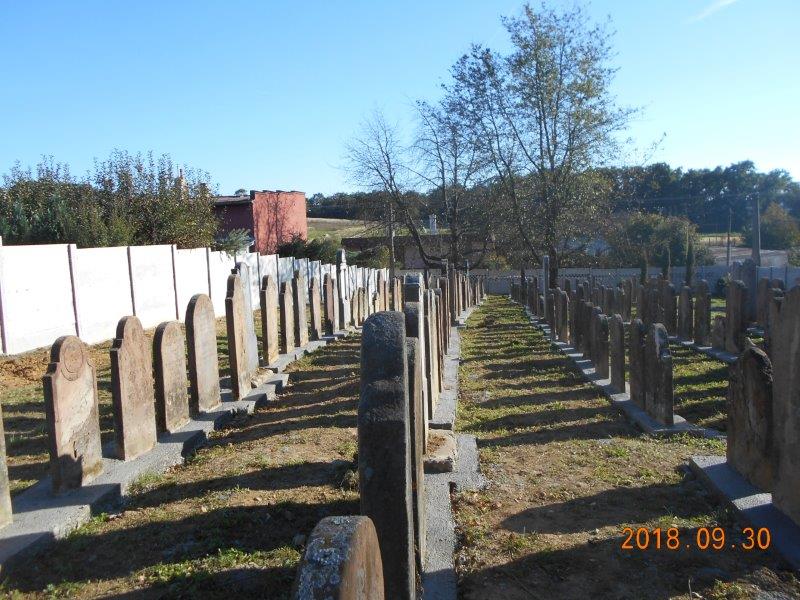 After countless of legal obstacles, the Stropkov Jewish cemetery is finally properly enclosed, to the satisfaction of the many descendants involved. Done by a competent and experienced contractor, this newly restored cemetery is both visually attractive and an inspiration for the soul. 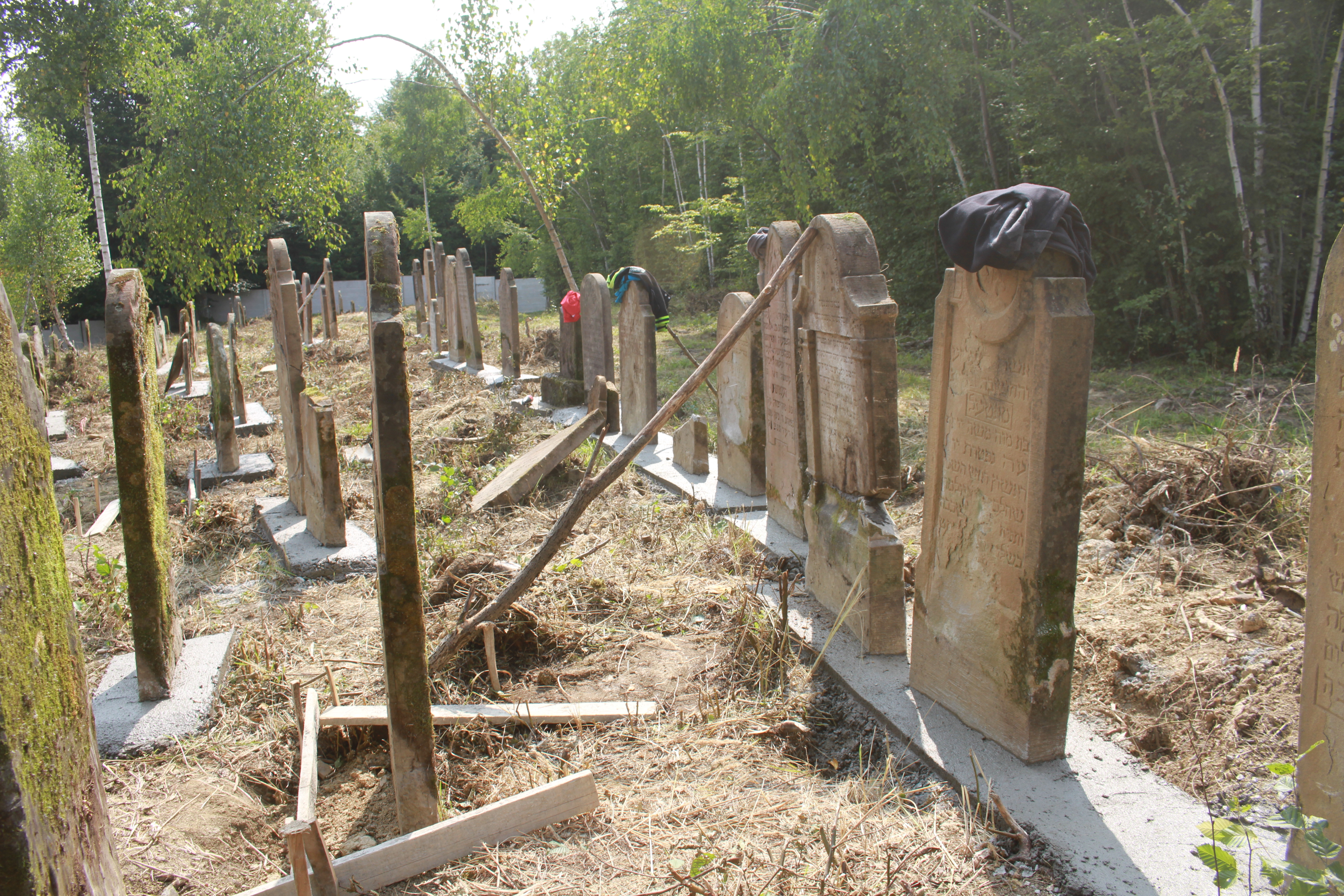 Gravestones in the cemetery of Ladomirova, Slovakia are now being restored! After several years of hard work to build a new wall and clean the grounds, the project is now in its final phase. Descendants rejoice at the long-awaited moment, which comes after many setbacks, including property issues and a difficult passageway which necessitated the building of an expensive road leading to the cemetery. 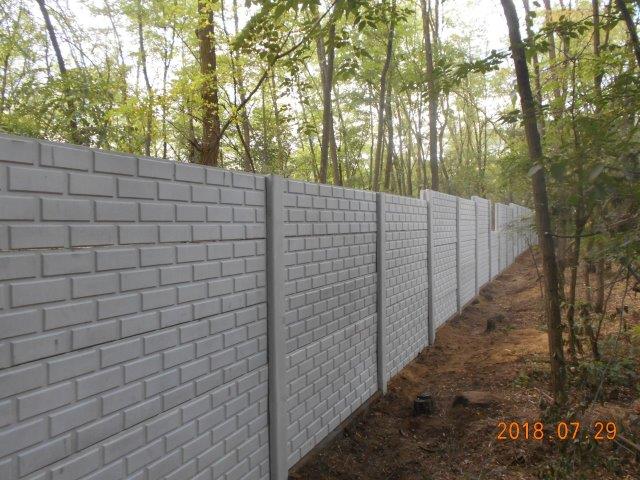 The cemetery in Vitka, Hungary was beautifully restored in a successful project sponsored by the esteemed descendants. The cemetery is now enclosed with a durable concrete fence, and the gravestones are re-erected on new concrete foundations. 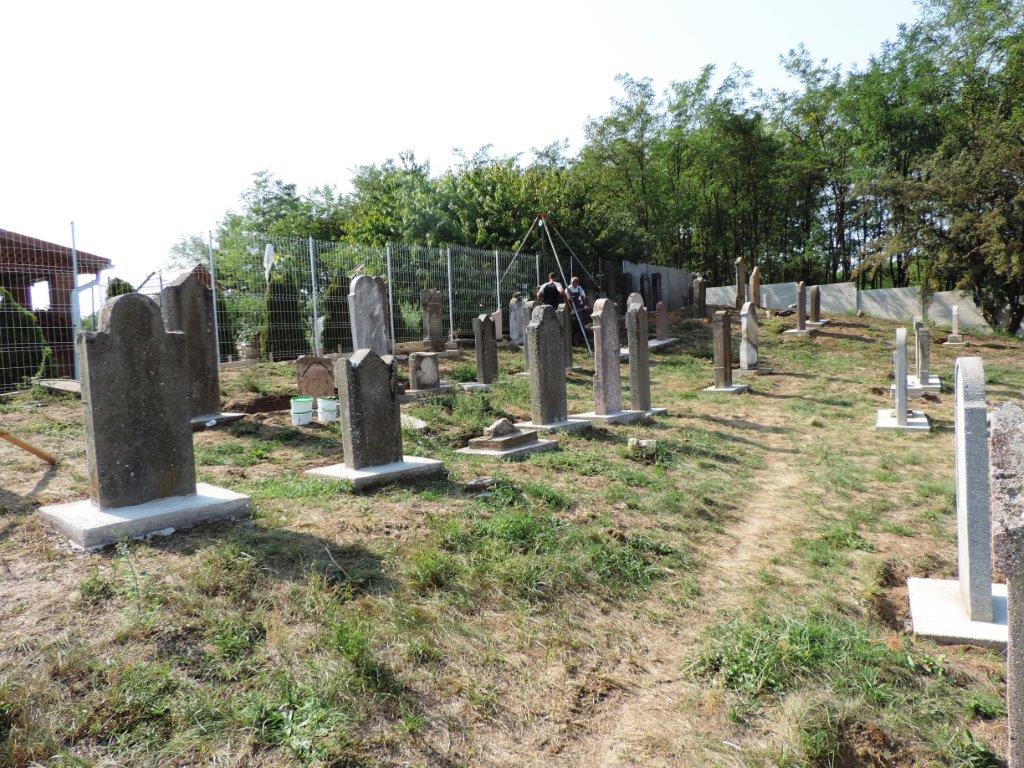 The old cemetery in Nyirbogat, Hungary was finally fully restored, after years of negotiations to retrieve a part of the property that was under legal consideration. HFPJC was able to obtain permits to continue building the cemetery wall, and has also finalized the interior restoration, cleaning the grounds and setting the gravestones on new foundations. 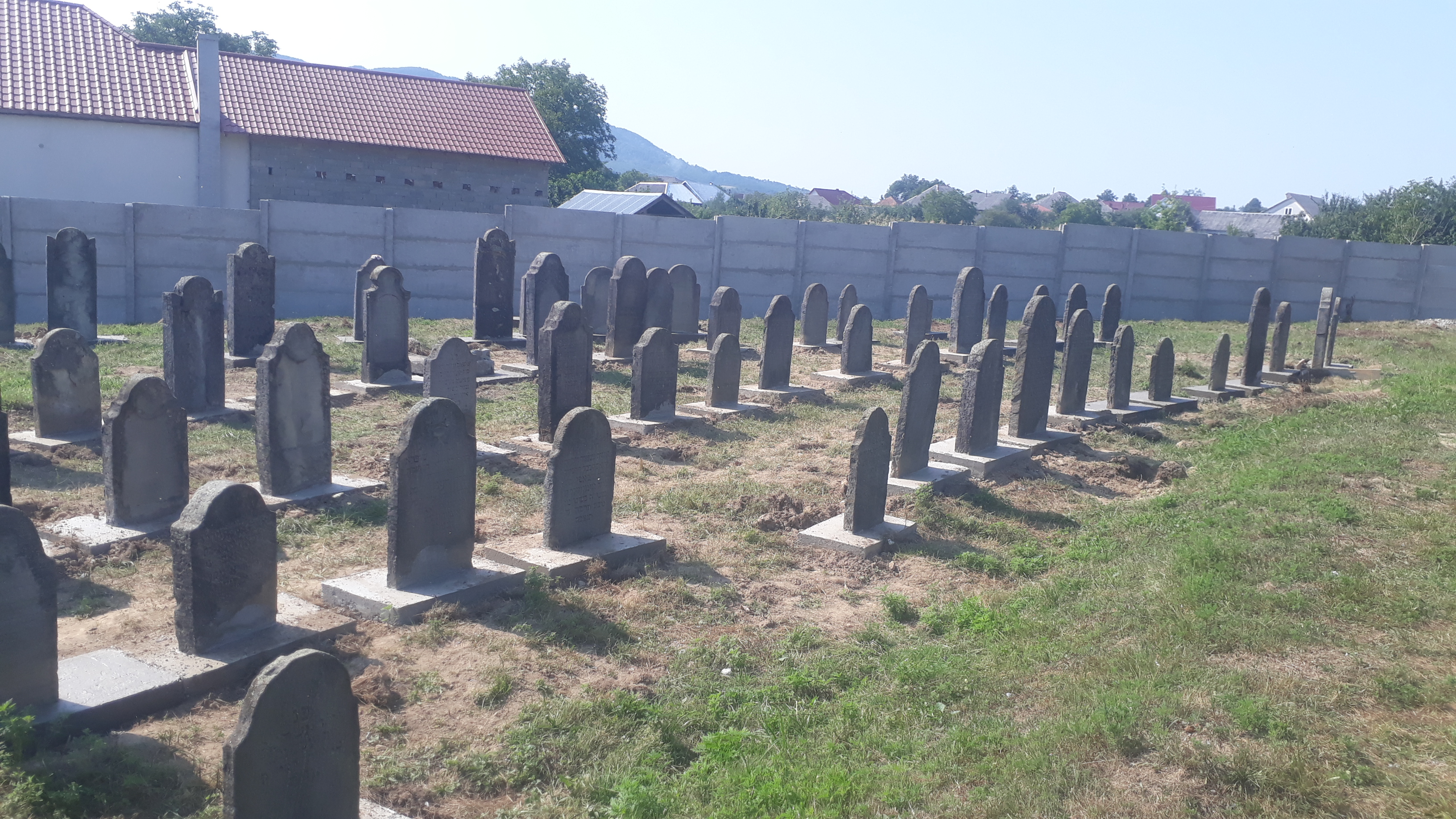 The cemetery in Zarnya, Ukraine is now enclosed with a sturdy new concrete wall, adding protection to this sacred site. The efforts was spearheaded by a group of descendants who were concerned about the safety of this cemetery, and contacted Avoyseinu to take measures toward that end. Once the wall was successfully constructed, the committee decided to sponsor the matzeva restoration as well, so that the place is completely and beautifully renovated. 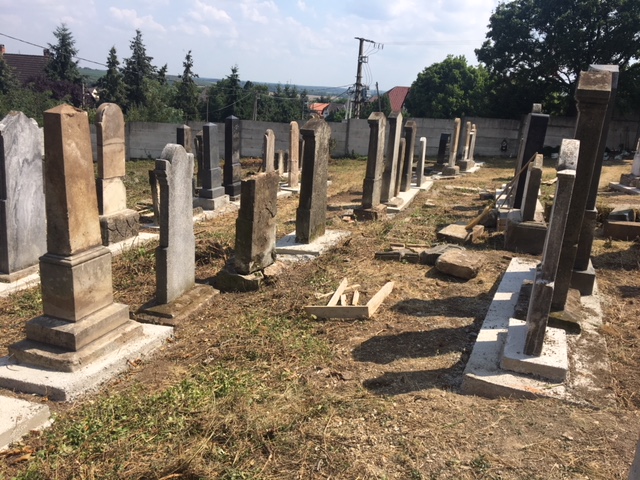 Gravestones restoration in Tolcsva, Hungary is now completed b"H. The 200 matzevos in the cemetery are now standing erect on new foundations, in a dignified manner, to the satisfaction of all descendants. 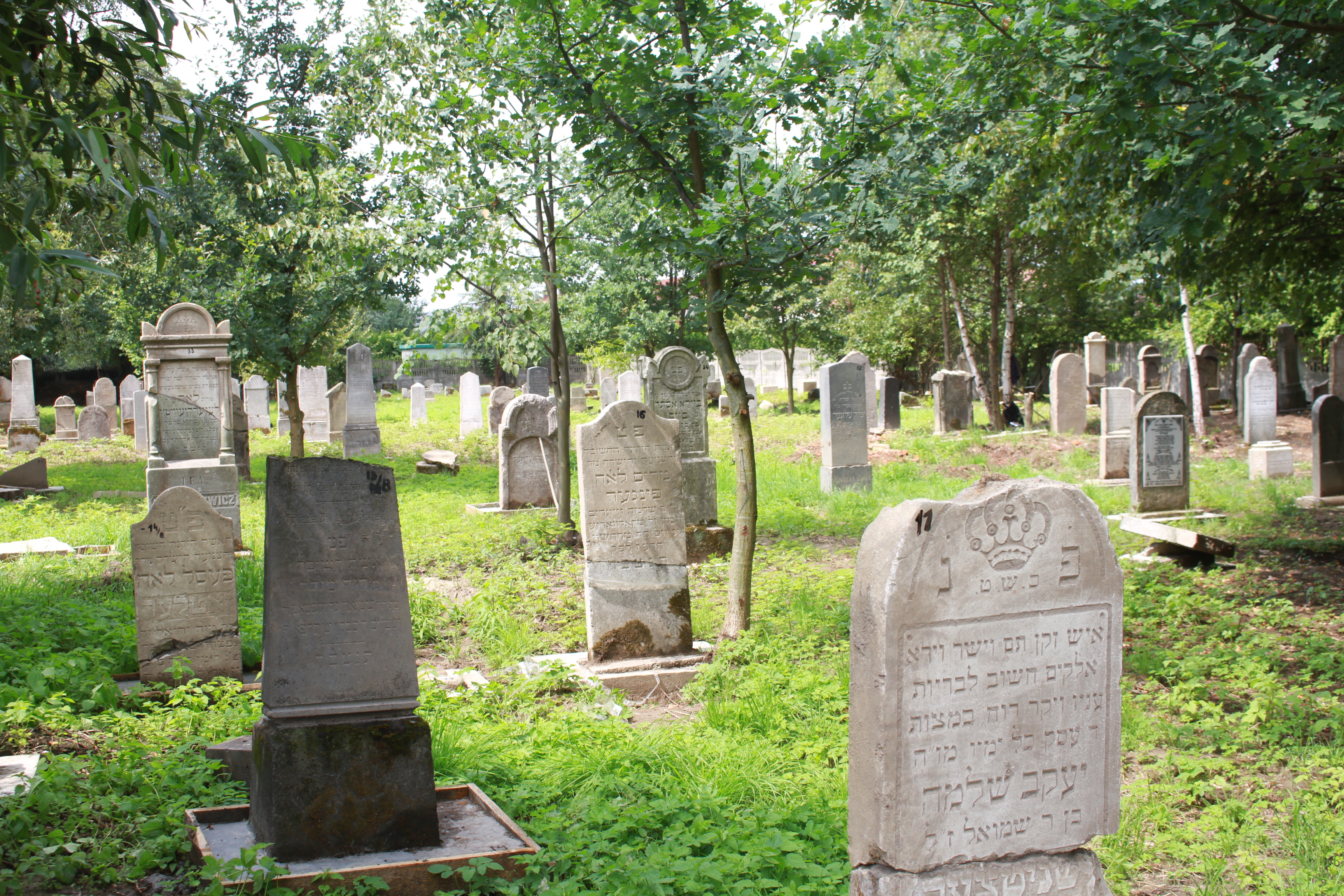 231 gravestones have been re-erected atop new concrete foundations in the cemetery of Zator, Poland. This noble undertaking, sponsored by a group of Zator descendants, shifted the cemetery's condition from neglect and ruin to honor and dignity.

Our ancestors' resting sites are at risk.
Join the 'Avoyseinu Revolution'!

The HFPJC team is prepared to service all your cemetery-related needs.